Updates to Jay's profile since your last visit are highlighted in yellow. 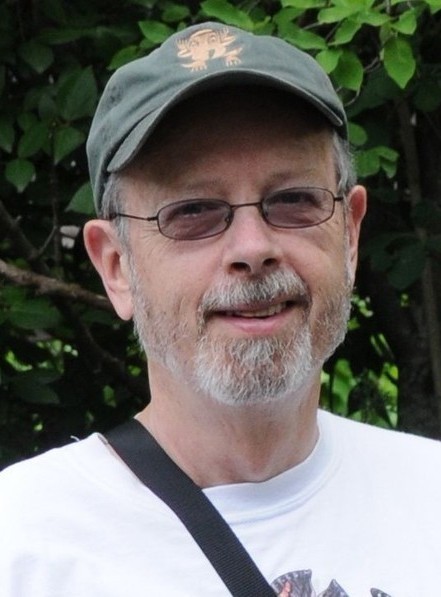 I graduated from DePauw University in Greencastle, Indiana with a B.A. in Zoology in 1971 and M.A. in Zoology in 1973. I worked as an aquatic field biologist and project manager for WAPORA, Inc. from 1973 through 1976, studying the effects of coal-fired and nuclear power plants on aquatic animals in large mid-western rivers and the Great Lakes. In the fall of 1976, I began Ph.D. studies at the University of Minnesota (U of M) and quickly discovered, among other things, how very little I really knew about the natural world. After brief stints as an academic advisor at U of M, a field biology instructor at Macalester College, and a Postdoctoral Fellow at the Institute of Freshwater Research in Drottningholm, Sweden, I was hired in 1982 as an Assistant Professor in the General College of the University of Minnesota. I have been at the U of M ever since teaching undergraduate and graduate students about the incredibly diverse world in which we live and studying how aquatic critters make their livings, despite all that the human population throws in their way.

I was happily married for 16 years (1973-1988) before my wife and I decided to part ways on the best of terms. We remain friends to this day. I married again in 1991, this time to THE ONE. Susan and I adopted two children from Guatemala, John-Carlos in 1998 and Melana (Nico) in 2000. They both came to us as babies and immediately changed our lives and re-directed our worldviews. From the moment of their arrival, we immersed them not only in American culture but in Latin American and Mesoamerican Indian cultures. As the years have gone by, they have taken it upon themselves to broaden even further their cultural experiences, to work for social justice, and to volunteer for humanitarian causes. I could not be more proud. I am sure their mother, much more the role model than I, also is proud. Although she passed from our immediate world in 2007, we all feel her with us every day, laughing when we laugh, crying when we cry, comforting us when we feel troubled.

I spent far more time than I should have at GHS either standing in the hall, sitting in Mr. Billingsley's office, apologizing to Mr. Wellman (thank Heavens for Mr. Wellman!), or in latter years, figuring out how to spend my time during suspensions. Most of that time is quite blurry now, but one incident has followed me through the years, largely from something that occurred years afterward.

Remember Mrs. Schmaltz? Or was it Miss Schmaltz? See, even this one is blurry; I could go get a yearbook and look it up, but I'd like to finish signing up for this site before sundown, which is only five and a half hours away. Might take a day or two to locate the yearbook. Anyway, Mrs./Miss/Ms Schmaltz was fond of having students take turns spelling out words on the weekly vocab list; after which time, they had to use that word in a sentence.

I really don't remember what words had preceded mine (probably "anxious" or "impatient" or "indulgent" or possibly "idiot"). I was actually paying attention; I was just worried that I was going to get a word, like "metaphor"--easy to spell, hard to use in a sentence--so the room was turning slowly to the left, making me dizzy and the words spoken by Miss Schmaltz and the preceding students go in one ear and out an eyeball. Suddenly her grinning round face and friendly but piercing eyes aligned with, what must have appeared to her as, my quizzical stare. "Jay, the word is, "metaphor."

My first inclination was to ask for an alternate pronunciation, possibly followed by a request for the word's etymology. But, given that we were not having an elementary school spelling bee, I quickly realized that ploy would not work. What could I do? I spelled the word--s l o w l y. "M...E...T...A...P...H...O...R." Despite the time lapse, I paused. "And the sentence?" asked Miss Schmaltz. In the next split second, I had it. I reasoned that most of my classmates figured I could use the word in a sentence. After all, I got pretty good grades and they all knew that. They also knew, with even greater certainty and far greater regret, that I was a punster. I could pun my way out this one!

"Yes, the sentence. She was beautiful, and that was the reason I met her for." The class couldn't help themselves; they laughed. I looked up at Miss Schmaltz, expecting her stern face to transform to a warm grin, followed by one of her belly-laced guffaws. Instead, her arm rose and straightened, her stubby index finger seemed to elongate as it pointed toward the classroom door, and her voice exploded, "Out, now!"

The room fell silent, a silence that would have made the sound of osmosis audible. Did not expect this. Deserved it, but did not expect it. I really liked Miss Schmaltz. She was a good teacher. She was a fair teacher and one who was easy to talk with (yeah, yeah, technically it should be, “with whom it was easy to talk”). I felt that I had really let her down, that I had seriously disrespected her, maybe even hurt her feelings. I had plenty of time to think about that in the hall.

Fortunately, another admirable characteristic of Miss Schmaltz was that she did not carry a grudge. Things seemed to be good between us right away during the next class. I wanted to apologize, but I was worried it might bubble things over again. So, I never said a word about it; nor did Miss Schmaltz—until one day, long after graduation, Miss Schmaltz and I chanced to bump into one another (almost literally) at Tri-County Shopping Center. We exchanged pleasantries, briefly told each other what had been going on since graduation, and then I had to bring it up. I told her how sorry I was for the metaphor sentence and that I just did not have the courage to apologize while we were still teacher and student. The warm grin appeared instantly, her eyes brightened, the guffaw erupted. “Oh, yes, of course I remember that. And, of course, I couldn’t tell you this while you were a student, but you have no idea how hard it was for me not to laugh that day. It took every ounce of strength I had not to crack a smile!” I shook my head, we both laughed, and I’m still laughing today.

Jay Hatch
Jay Hatch added a comment on his Profile.